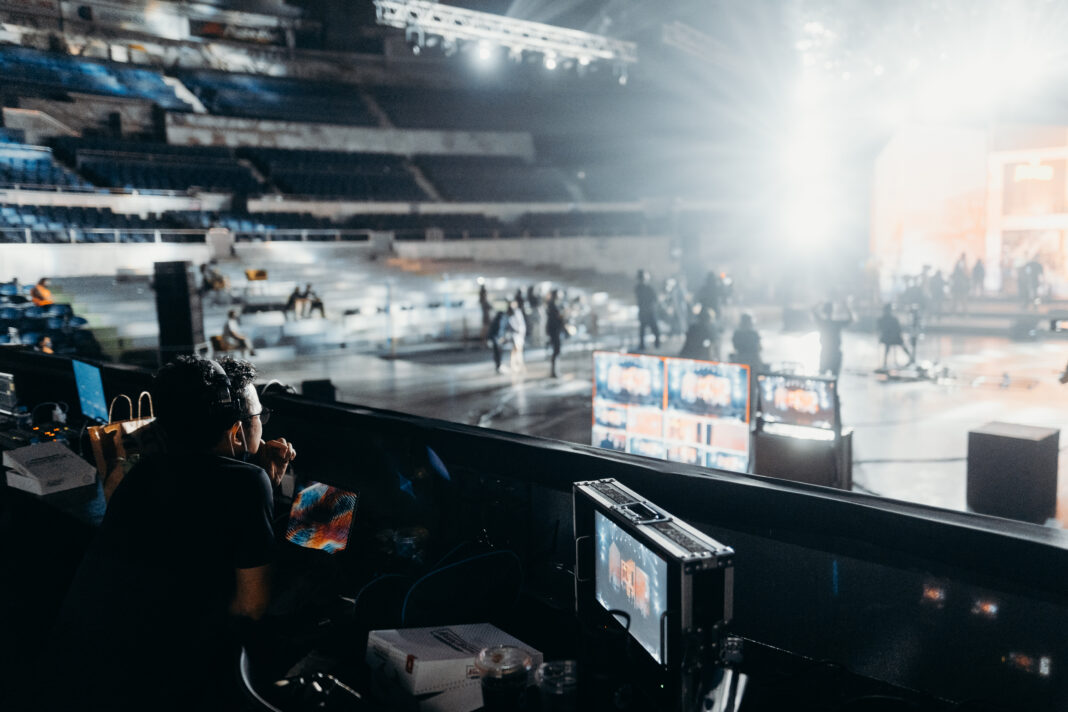 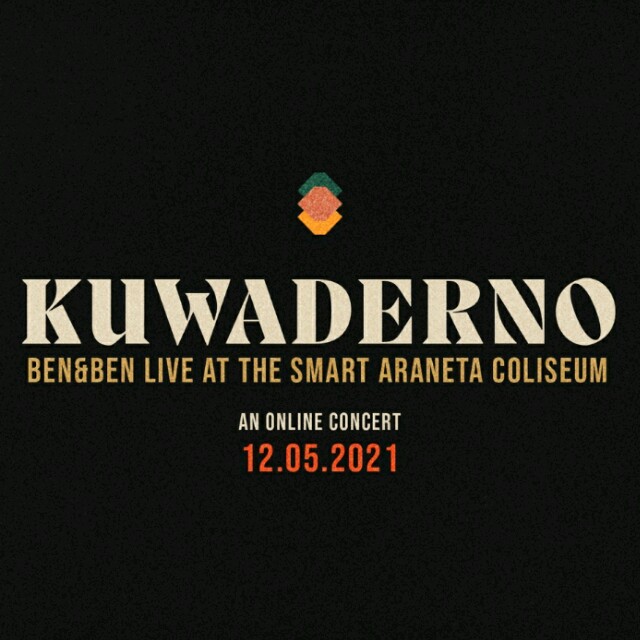 Different forms of art intertwine on the nine-piece band’s most ambitious concert so far Ben&Ben are redefining the virtual concert-going experience with the biggest headline show of their career.
Aptly titled Kuwaderno: A Ben&Ben Online Concert, the Filipino nine-piece collective are pushing the boundaries of music shows in the new normal setting by integrating creative disciplines such as drama, dance, orchestra, and technology with a live performance. Their highly anticipated major concert will be staged at the SMART Araneta Coliseum, and will be streamed live on December 5, 2021, from 8pm to 11pm via digital streaming platform, KTX.ph. 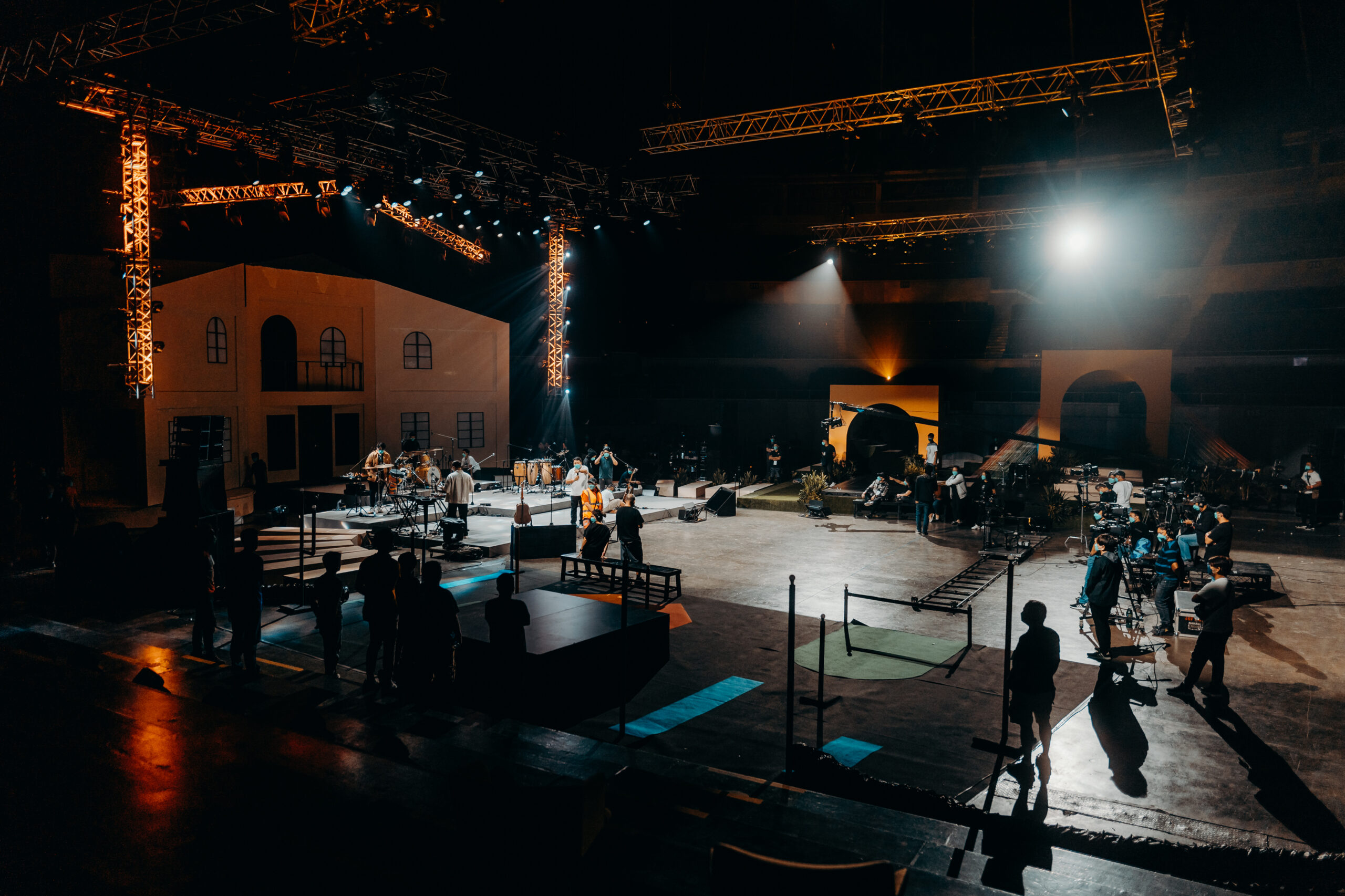 “We can’t deny the fact that it’s the biggest project we’ve undertaken so far, and I think you just somehow know that it’s a leap of faith when the streams of guidance and providence lead you to the right people who believe in the same vision you have: To bring the music and the messages they carry to life,” the award-winning group said. “This spirit of collaboration was one of the defining themes of our album ‘Pebble House Volume One: Kuwaderno’ and it was only by natural desire that we brought the same spirit and attitude when we began working on the concert. As for the play between grand and intimate, we really wanted our listeners to relish in the grandiosity of what their support means to us. Doing a concert on this scale and bringing them closer into that bigger picture is our way of expressing immense gratitude to them as well.” 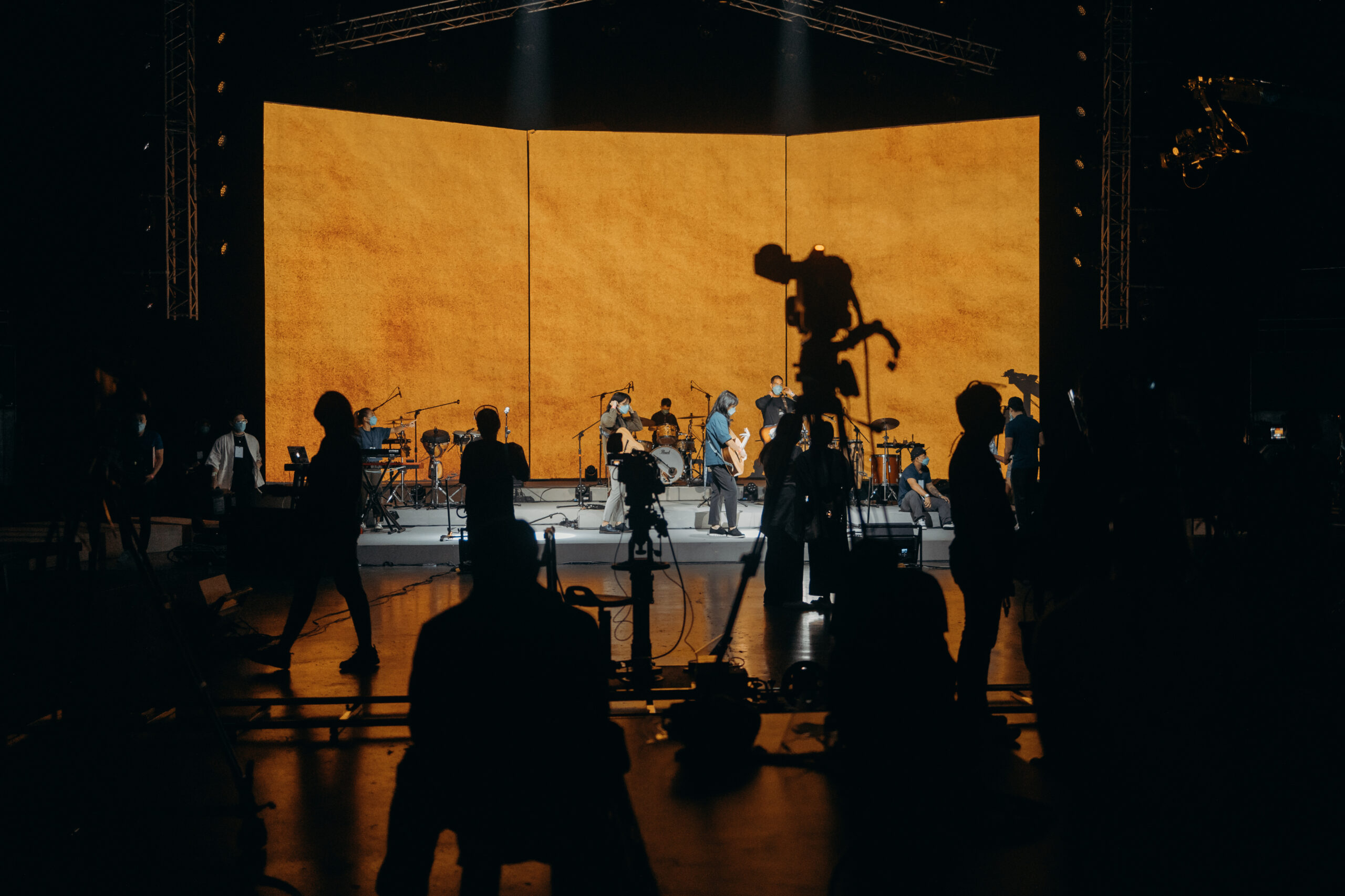 The audio-visual spectacle promises to bring the immense joy of experiencing live music and give an impression of conceptual grandness that are at par with the most memorable concerts in recent history. From mounting multiple-stage setups to performing in one of the biggest live music venues in the country, Kuwaderno aims to open new possibilities despite the limitations of the platform, and intimately build a connection with the audience all over the world.
The awe-inspiring creativity and ambition that Kuwaderno dares to achieve, wouldn’t be possible without the collaborators that painstakingly put their heart and soul into the project. Concert director Paolo Valenciano, along with co-director Maribel Legarda, Philippine Theater Association (PETA), and veteran light designer Shakira Villa-Symes—to name a few, understood Ben&Ben’s unique vision and translated them so clearly to create a cohesive piece of work. Ben&Ben attest to how significant their contributions are, not only in turning the concert into a reality, but in making sure that they are able to nurture a creative environment that promotes healthy exchange of ideas. “Working closely with them on this concert only made it clearer to us why they are the biggest names in the industry. The flow of ideas and creative energies really went on naturally because of their openness, and their generosity to share with us their thoughts, but what makes them more admirable is their skill to work within the limitations that we have and to adapt when faced with challenges. We definitely learned a lot from their work ethic.” 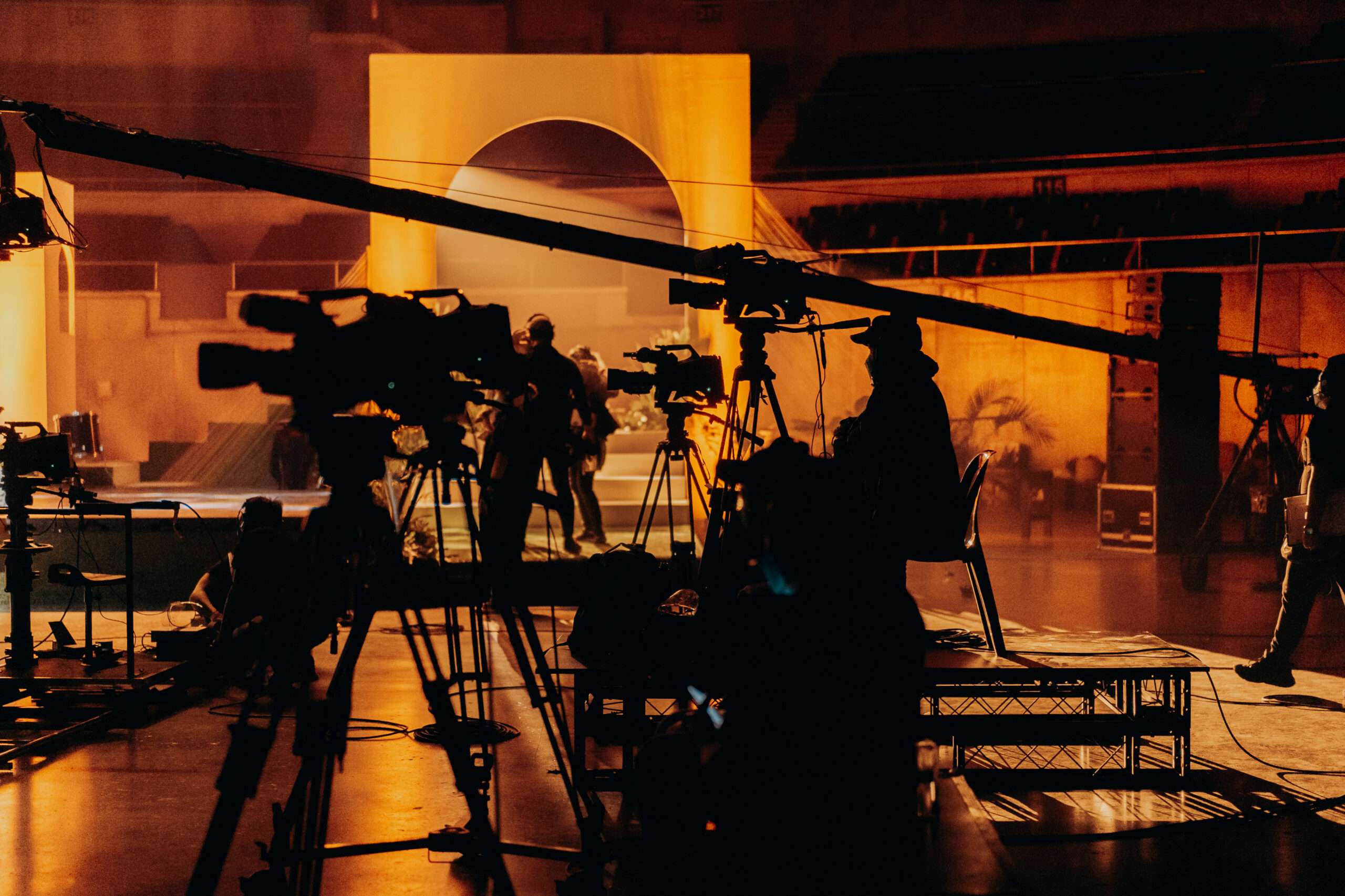 Believing in the magic that happens when different forms of art intertwine, the prolific folk-pop asserts that some feelings are best conveyed not just by the music elements alone. This prompted Ben&Ben and their team to include actors and dancers as part of the visual narrative to give the audience a semblance of being physically present with them throughout the concert journey. “Movement and dance and the entire visual narrative of it all woven into our music brought our songs to life,” the band said in a statement. “The talented dancers we’ve worked with, headed by choreographer Gio Gahol, are from different dance groups as well. It is amazing to see how they seem to get along and dance so passionately with each other easily.”
In terms of production design, the team stepped up their game in being more in line with the times, and pushing the envelope in terms of how the music can be represented visually. According to the nine-piece ensemble, each stage has its own purpose, its own symbolisms and visual elements. Even the lighting has its own poignant significance. “We want our listeners to know that each piece of the puzzle was thoughtfully included, and we’re excited to see them piece everything together when they watch the full show.”
The band is confident that Kuwaderno: A Ben&Ben Online Concert will not only deliver unparalleled innovation to local concert productions, but also bring light to a lot of people suffering in silence during the most challenging of times. “Having the opportunity to do so during the pandemic, we also felt such a huge responsibility to be able to inspire more people with stories of humanity and hope. We’ve received a lot of messages from Liwanag (the fan club) telling us how the band has helped them get through the tough times. Hopefully through this concert, we’ll be able to use our platform in making them feel that they’re not alone in this fight.” 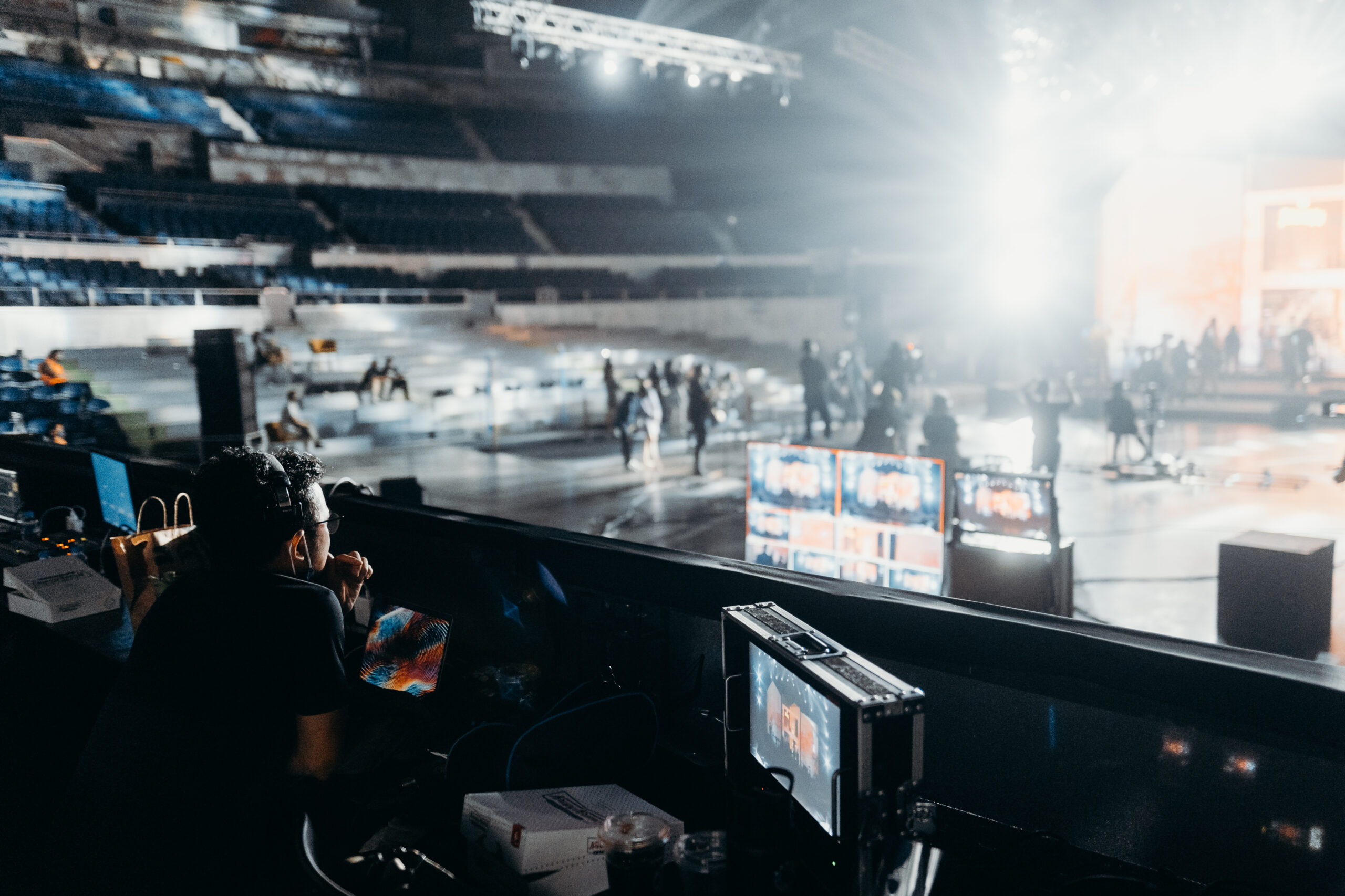 Ms. Val Guico, the General Manager of Ben&Ben Music Productions, is also equally grateful to the people involved in the production for making strides in pulling off an envelope-pushing event. According to her, one of the main goals of mounting Kuwaderno is to extend help to the production team whose livelihood and work have been greatly affected by the pandemic. “Bulk of the concert earnings will be shared to everyone behind the scenes,” the concert producer reveals. “They are the unsung heroes of the show. Without them, we wouldn’t be able to bring Ben&Ben’s vision to life.”
Tickets to Kuwaderno: A Ben&Ben Online Concert can be purchased via the KTX website. The TINATANGI package (priced at PHP 8,000), which gives you access to the online concert, plus an Exclusive 1 on 1 Harana Session with the band on Zoom and a raffle entry to the Exclusive Ben&Ben House Tour, is already SOLD OUT. Other ticket tiers that are still available include KAIBIGAN (priced at PHP 1,000), MAGKA-IBIGAN (priced at PHP 3,500), and MAHIWAGA (priced at PHP 5,500)—all containing different packages and inclusions.
Kuwaderno: A Ben&Ben Online Concert is brought to you by Ben&Ben Music Productions and SMART Telecommunications Inc., and is co-presented by Philippine Educational Theater Association (PETA), Sony Music Philippines, Big Bulb, Chapters, Robinson’s Mall, KTX.ph, Elesi, Cream Silk, Primo, Phirst Park Homes, Novotel, JB Music, Urban Smiles, Summit, Philippine Red Cross, Sennheiser, Verona Audio Design, and Jilla Sara. Special thanks to the media partners: MYX, 96.3 Easy Rock, and Wish 107.5. 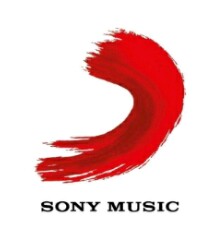