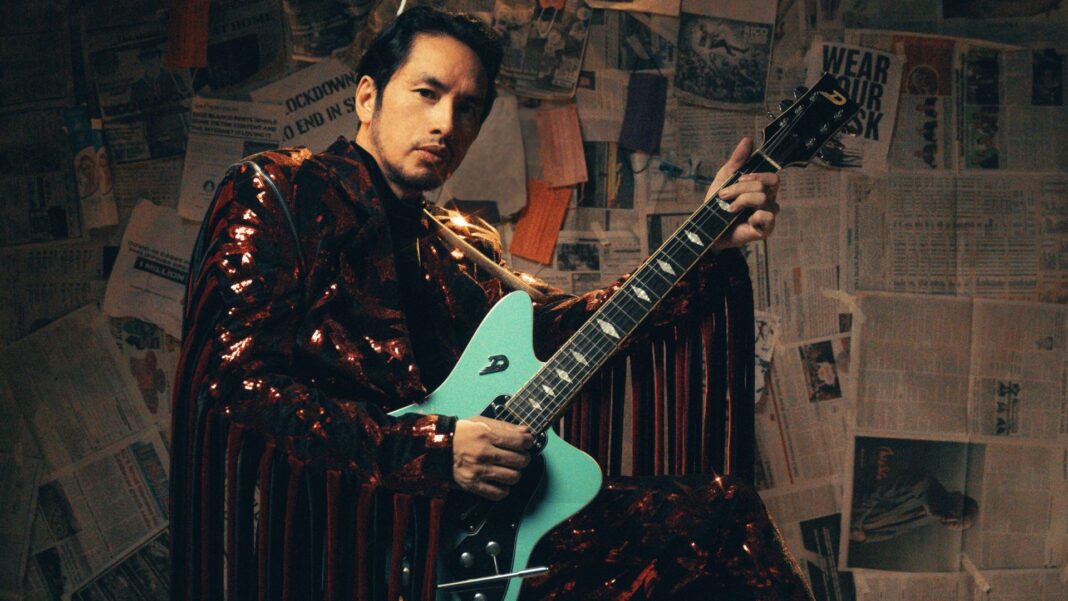 Rico Blanco reflects on the uncertainty that thrives between friendship and relationship in his new single “Palibot libot,” out today via Sony Music Entertainment.

According to the award-winning Filipino artist, the track was inspired by one of the characters in a series that he filmed in La Union recently.

With its storytelling “anchored precariously on someone’s steadfast devotion,” albeit a one-sided one, the song minces no words about the reality of love: It’s not always synchronized. It comes with complications, but that’s the beauty of it.

Originally intended to be recorded with a simple acoustic guitar arrangement, “Palibot libot” explores a more synth-pop direction that unfolds with a soaring chorus and minimal ambient touches.

While the certified hitmaker has written and produced songs that have prominent synth elements to it, dating back from his work as a keyboardist of Rivermaya in the ‘90s to his experimental phase with electronic music on critically acclaimed solo album Galactik Fiestamatik, Blanco’s new track feels like a monumental execution that comes from a place of earnestness rather than merely trend-hopping.

The result, as expected, is defiantly but distinctly Rico Blanco: a sophisticated pop composition that paints an impressionistic portrait of quietude and confidence.

The release of “Palibot libot” comes after the prolific musician staged a successful solo concert at the Araneta Coliseum last September 11, 2022. Met with glowing praises from the attendees, the Big Dome show finds the alt-rock visionary performing some of the most iconic songs from his decades-old discography. Blanco also debuted “Palibot libot” live during the concert, and announced its surprise drop at Monday midnight, September 12, 2022.