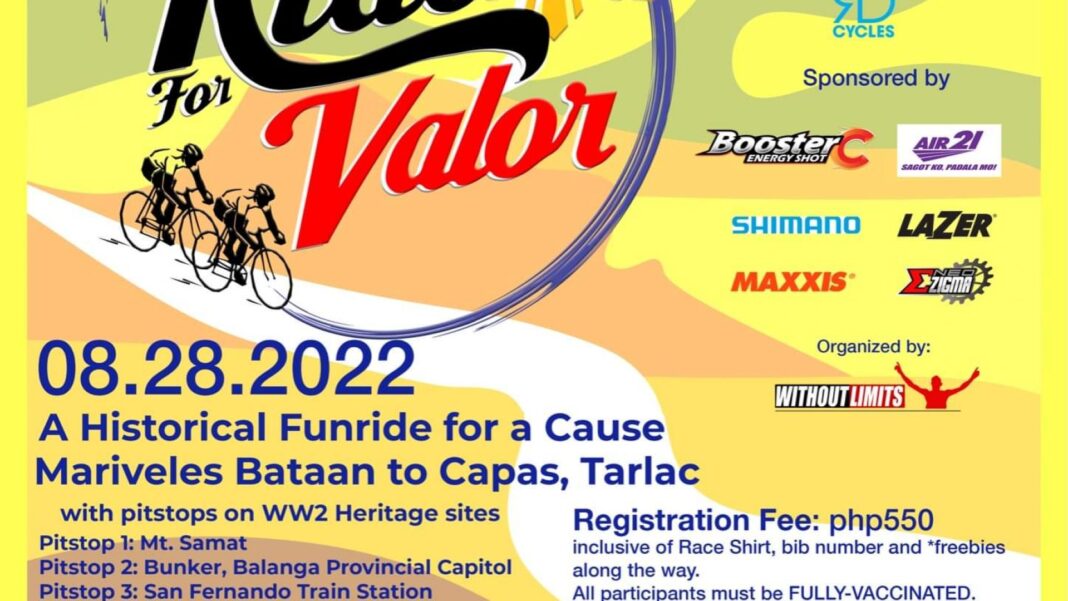 In celebration of its 30th anniversary, the Philippine Veterans Bank (PVB) today urged bike enthusiasts to join the “Ride for Valor,” a non-competitive bike ride to be held on August 28 to honor Filipino soldiers who defended the country against Japanese forces during World War II.

Mike Villa-Real, PVB vice president for communications, said the event was supposed to be held last April, but due to pandemic restrictions and the elections, it has been postponed to August 28 to coincide with the National Heroes Day and commemorate the bank’s 30th Anniversary.

“Through this event, we commemorate the unsung and unknown heroes of World War II and the Bataan Death March who bravely fought and sacrificed their lives for our country and freedom,” he said.

Villa-Real explained that the bike ride aims to raise funds for the Filipino-American Memorial Endowment (FAME), a non-government organization that maintains the kilometer markers of the Bataan Death March from Mariveles, Bataan to Capas, Tarlac. At least 10 kilometer markers in Mariveles and at least 4 in Limay have to be relocated due to road widening.

He said the event’s format for this year is Gran Fondo or “Big Ride,” and each participant will have a “passport” that they need to bring to three stops: Mt. Samat in Bataan, San Fernando Train/Water Station in Pampanga, and the Death March Memorial Shrine in Capas, Tarlac. 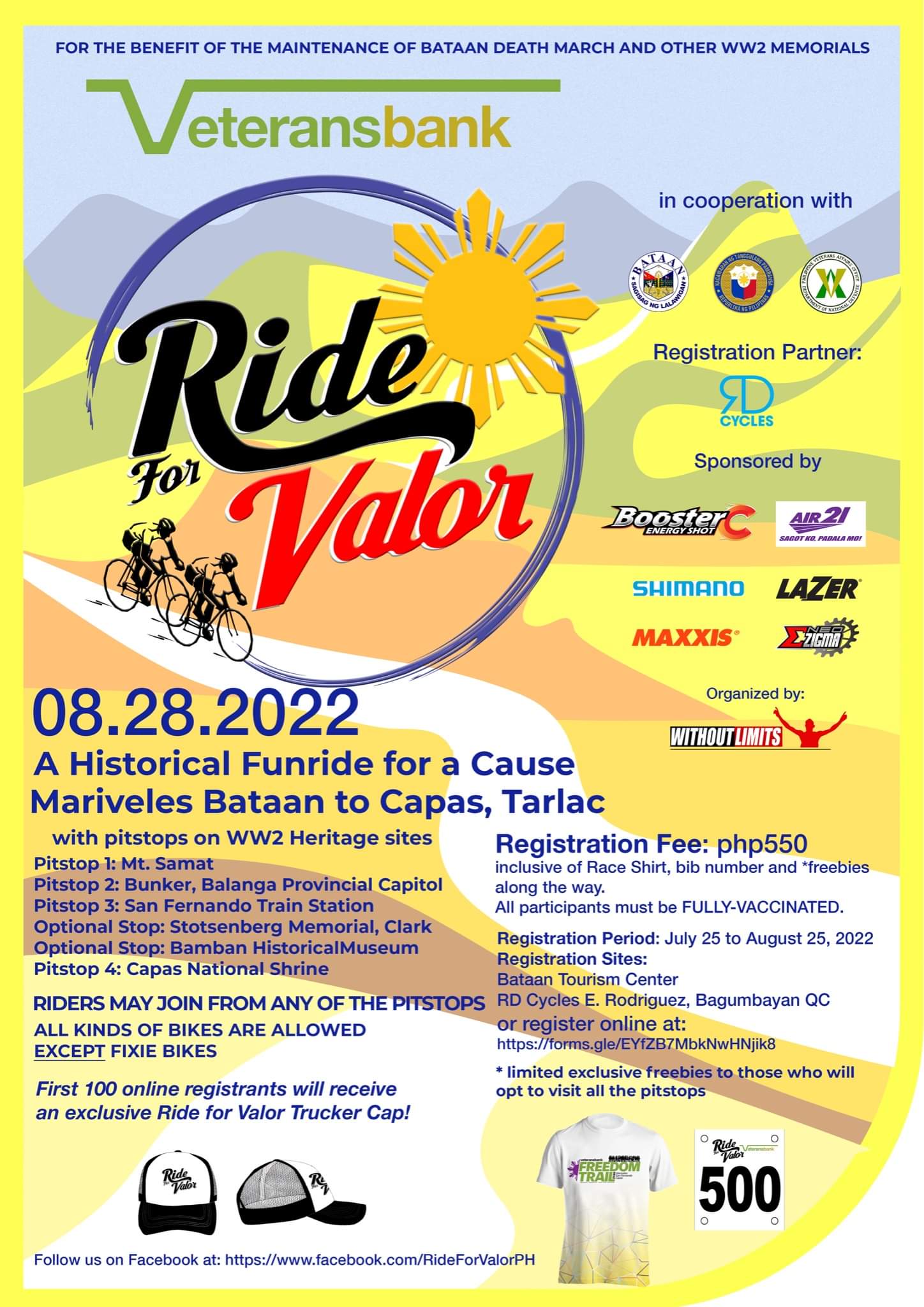 Each stop will have optional destinations such as the Stotsenburg Park near the Clark Parade Grounds and the Bamban Museum of History in Tarlac, where participants will be receive their ride kits.

Villa-Real said a 12-hour cut-off will be implemented during the event, and participants may finish the entire route or join along the stops.

“There will be a mechanic to help those who will experience mechanical issues and roving marshals to monitor the progress of the participants. Support vehicles are allowed, but participants should not ride the vehicle unless they decide to withdraw from the bike ride,” he noted.

Those interested in joining the bike ride may register online at bit.ly/RideforValor2022 and pay P550 per individual and P2,100 per group of five persons. Only bikes with brakes are allowed in the event, and participants must be fully vaccinated.

Each participant will be given a bib number, a bike sticker, an event shirt, a loot bag, and commemorative patches on the day of the event.

PVB is a commercial bank owned by World War II veterans and their families. As part of its charter, PVB allocates 20% of its annual net income for the benefit of its shareholders.

Around 80,000 Filipino and American soldiers and prisoners of war were forced by the Japanese military to march 69 miles from Bataan to Tarlac during World War II.

Only some 54,000 persons reached the camp, and around 20,000 died due to starvation, dehydration, diseases, and the brutality of Japanese captors.

The event is in partnership with Shimano, Air21, Panahon TV, and Booster-C.

Please follow me here at my blog and other social media accts.